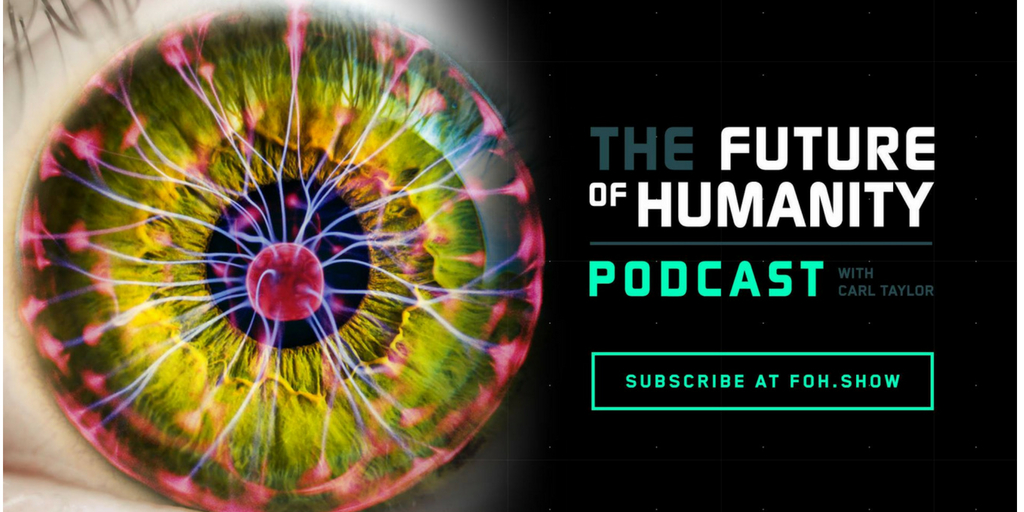 A wise man once said “The best way to predict the future is to create it.” That's exactly what we've been doing as a species for thousands of years. Now we're reaching the next real turning point in human history; our technology is on the cusp of radical transformation of both economy and society, entire industries are being disrupted, our environment is changing, new exciting industries are just beginning, and our lives are getting longer. Are we as humans happier? More fulfilled? Is our future going to be constructive or ultimately destructive? The future is coming whether we like it or not, so join Carl Taylor as he interviews scientists, entrepreneurs, and other experts about what comes next so you can be informed and contribute to the discussions and decisions that will ultimately shape humanity for the decades and centuries to come.

Carl Taylor is an entrepreneur, author, and tech geek. Carl grew up with computers, teaching himself programming at the age of 10. His mother was a high school science teacher and his father ran his own small business. Carl has run his own companies since he was 15 years old; not because heâ€™s really clever, but because he didnâ€™t fit in at school and was bullied, which drove him to pursue success. Carlâ€™s definition of success has changed many times over the years, and has lead him to wonder about the legacy he can leave. He is a concerned citizen of Earth and someone who constantly thinks about where we are, what weâ€™re doing, and where potential futures may lead. Will the future hold Utopia, or will it be the end of the world as we know it? Carl believes it really is up to us and where we place our focus.