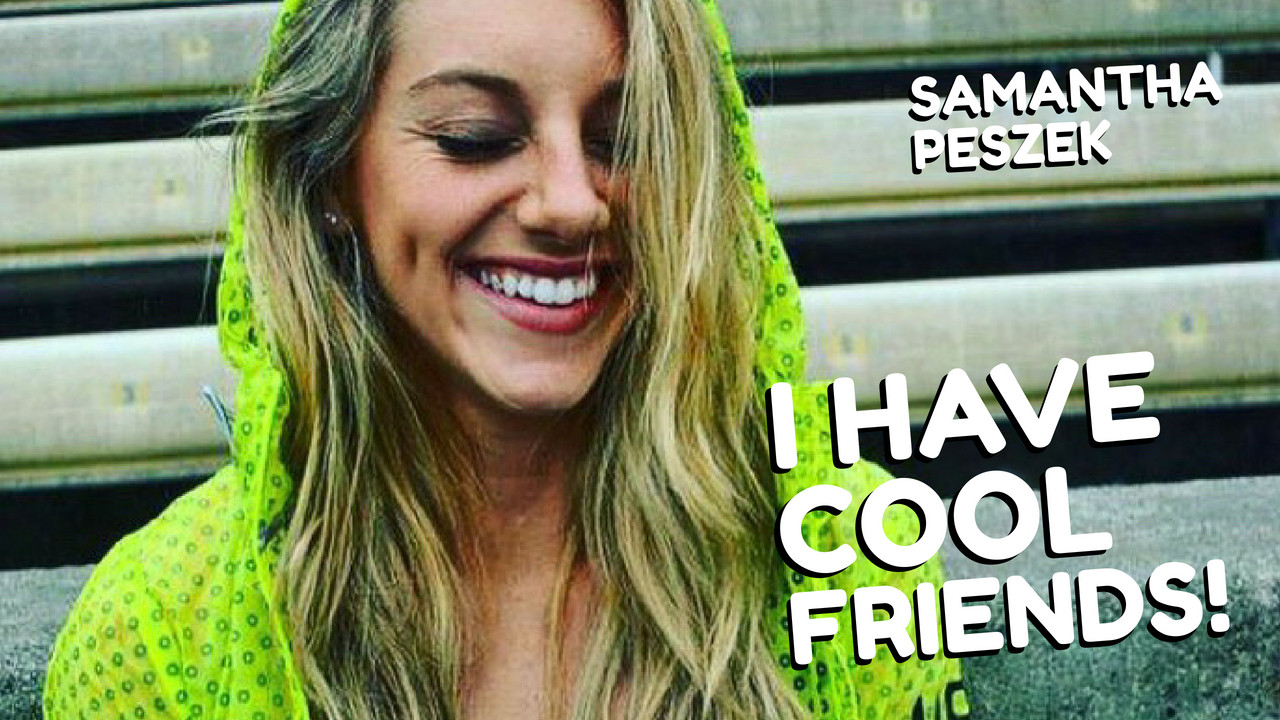 Samantha Peszek is on a mission to connect athletes, coaches, and parents with the best resources the gymnastics world has to offer. Utilizing Samanthaâ€™s gymnastics network (she really does have cool friends), guests will be experts in their field and shed a light on hot topics, tips for improvement, and inspiration. Listeners can learn from some of the sportâ€™s greats, participate in giveaways, and apply relevant tips to everyday life; in and out of the gym.

Starting gymnastics at the age of 2, Samantha has always been a sports fanatic. She also played soccer and danced, but her gymnastics continued to excel, making her the youngest member of the national team at age 12. Competing for Team USA, she was on the Pan American Games and World Championship teams, which both won gold. Samantha and her team were later inducted into the Hall of Fame for being the first ever USA gymnastics team to win World Championship team gold outside of U.S. soil. One of Samanthaâ€™s biggest accomplishments is making the 2008 Olympic team and winning a silver medal with her team. She graduated high school in 2010 and accepted a full-ride scholarship to UCLA to compete on their gymnastics team. Samantha won NCAA championships on beam her freshman and senior years, as well as the all-around title to finish her very last competition. She won 17 All-American honors and was on honor roll every quarter at UCLA.

After moving to LA from Indianapolis where she was born and raised, Samantha maintains an athletic lifestyle. Although retired from her sport, she works out regularly and co-created The Gympire with her Olympic teammate, creating a community of athletic individuals that reach for excellence and motivate each other starting with physical health and strength. After retiring from gymnastics, Sam has quickly established herself as a bright young star as both a sports broadcaster and motivational speaker.